About: Westover Club is the home of the Westover Wild Orcas Summer Swim Club, otherwise referred to as the “Wild Orcas” or “Orcas.”  Since the late 90’s the Wild Orcas has been coached by 1972 Olympic Triple Gold Medalist, Sandy Neilson-Bell, and her very capable & swimmer-friendly staff, all of whom have been former Orcas!  The Orcas belong to the 7-team North Austin Aquatic League (NAAL).

Family-Friendly: For most families, summer club swimming becomes a family event.  Volunteerism is necessary & expected (especially & mainly during meets your child swims) but parent commitment and reliability are the only qualifications for Parent Volunteers.  While Orcas owes much of its success to parent involvement, that involvement has tended to introduce many new club friends.  Hope you’ll join the fun and meet your new Orca friends next season!

Practices: Orca Practices begin in May and are held after school until AISD is out, at which time practices move to the morning hours.  See Practice Times for general outline of age-group swim times during the season.

Swimmer Eligibility: In order to participate on the summer team, all new Orcas must exhibit proficient skills during swim evaluation:

Children & grandchildren of members of the Westover Club between the ages of 5 1/2 and 18 (age determined on May 1) who meet the skill requirements have registration priority. When team size permits, a limited number of non-members from the surrounding neighborhood will be considered.

If a swimmer is not yet swim-team-ready be sure to ask the coach what skills are necessary and keep an eye on the pre-season program designed for kids (min. age: 5 as of 1/1) who are not quite ready as well as those who just want to “tune-up” for summer season.

Registration & other info: Returning Orca registration will be in March while registration for newbies will begin in April.  Look for team  information in the Spring club emails or keep an eye on: 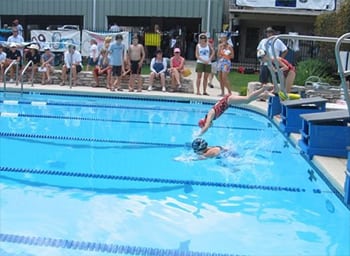 Lap swim lanes and tennis courts by reservation through www.reservemycourt.com.

Gym, field and event rooms must be reserved through the office